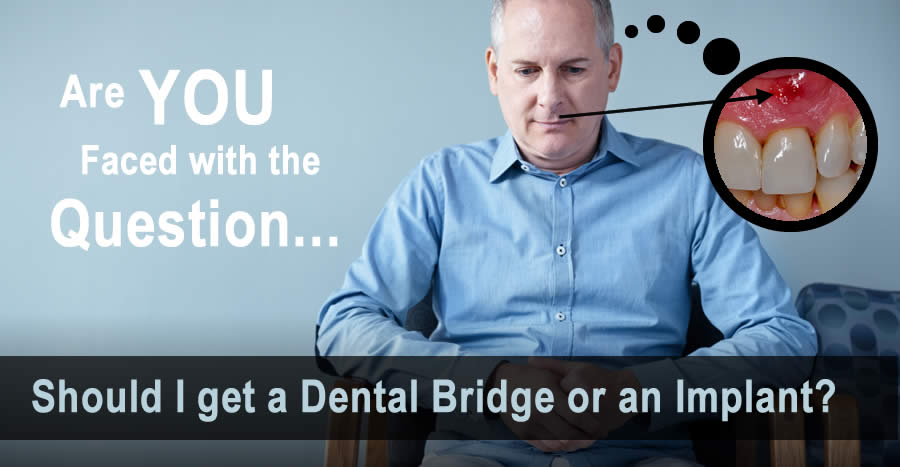 When addressing the loss of a single tooth, there are typically two options – a dental bridge or an implant. Patients ask me which of these is the better treatment option, and there are times when I have a strong recommendation, and others where it is truly up to the patient. To illustrate this, I want to share a case that I saw in my office recently.

The patient was a 76-year-old male – we’ll call him John – with the chief concern being swelling above his left front tooth. The tooth previously had a root canal and crown after a sustained trauma that resulted in severe pain. At the time of the root canal, we noted that the tooth had a guarded prognosis. Meaning we would do our best to save the tooth but couldn’t guarantee its longevity. We diagnosed the patient with a fractured root and advised him that an extraction would be necessary. 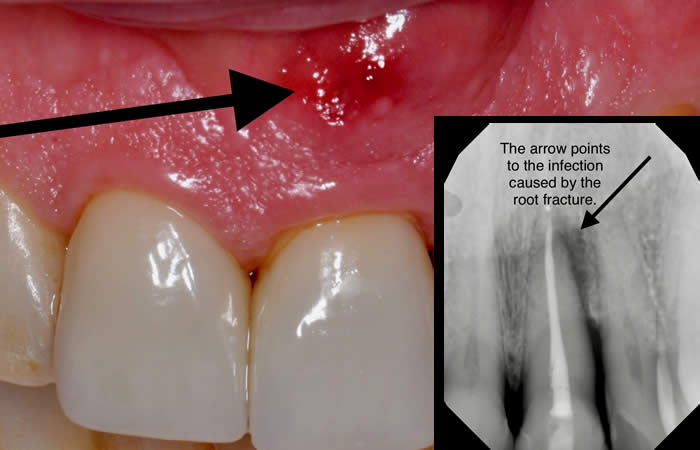 After walking him through the diagnosis, I gave him three treatment options:

We both immediately discarded the third option since most people don’t want a removable denture. Having ruled that out, we looked at the first two options. Most people know the implant is the best option long-term. However, it’s not always the best option with all things considered.

With that in mind, here are a few nuances to consider when deciding whether you should get a bridge or an implant.

In some cases, like John’s, it really comes down to what is important to the patient. Time, money, and aesthetics are all important factors to consider when deciding between a bridge or an implant. In John’s case, he ultimately chose an implant because he felt strongly he would make it to 100 with all his teeth. I believe he made the right choice because it was the best choice for him.

Not sure if a bridge or implant is right for you? Schedule an appointment with our dentist office in Brandon, FL. We’ll be happy to go over your risk profile and treatment options and establish a plan that works for you.

Larry Saylor D.M.D. > Blogs > Should You Get a Dental Bridge or Implant?