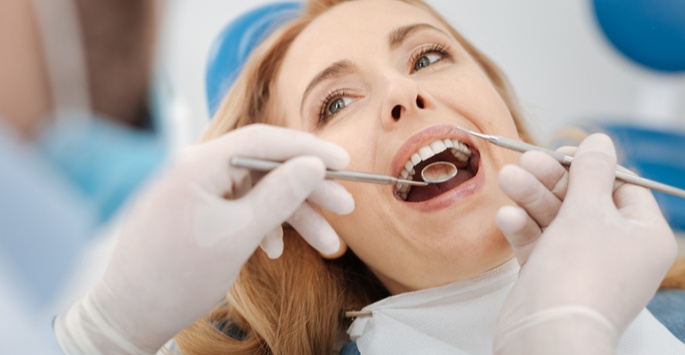 There’s a myth circulating online that root canals can cause cancer and a whole host of other diseases. The myth, which traces back to a study done in 1910, has been perpetuated by a high-profile holistic dentist who believes the findings of this study to be true.

When you search for information on root canals online, this dentist’s take will likely come up.  It’s keeping many patients from having root canals. Instead, they want to remove their tooth and have an implant or bridge placed.

Having had this conversation several times, I found it prudent to share my take on the study, as well as my recommendation for root canal therapy.

The study that is often referred to when discussing root canals was done by Dr. Weston Price in 1910. He believed that teeth that had undergone root canal treatment still harbored harmful bacteria that could enter the bloodstream and cause serious health problems such as cancer, arthritis and heart disease.

His patient, who was the sole subject of the study, had arthritis and was bound to a wheelchair. Dr. Price removed the tooth that had a root canal and by some miracle she got up and walked. He then embedded the infected tooth in a rabbit and the rabbit died.

While this story raises questions, there are several issues that should be addressed. First, the sample size. Today, studies require 100s or 1000s of patients to be considered valid. Dr. Price’s study included one patient. His hypothesis was not proven on other subjects, and therefore we cannot say for certain why the patient walked and the rabbit died.

Other researchers have also not been able to duplicate his results, raising question to the validity of this study.

My Recommendation for Root Canals

While I respect the concerns of my patients, I can confidently say that root canals have not been scientifically proven to cause cancer or other health issues. I take the health of my patients very seriously and would never recommend treatment that could negatively impact their overall health.

My goal is always to help patients keep their teeth until they are 100, and root canals are one way we can do this. If you’re in need of a root canal and have been putting it off, I strongly urge you to seek out a reputable dentist who will perform this procedure with the highest standards of care. There is an art to successful root canals, and you should always work with a dentist you trust. Additionally, if you’re concerned that your root canal was unsuccessful, talk to your dentist about having a follow-up x-ray to identify possible areas of concern.

Statistically, 95% of root canals are successful at ridding the tooth and the root system of bacteria. For the remaining five percent, there will be signs and symptoms that bacteria remain and your dentist can address this before the issue grows. Follow up should be conducted after six months and one year, and if the infection persists, then – and only then – would I recommend removing the tooth.

If you have questions about a possible root canal treatment, or are concerned that your root canal was unsuccessful, call our office to set up a consultation.

Larry Saylor D.M.D. > Blogs > Are root canals bad for you?